Age: Adult (how do Darkners age?)

Dislikes: making a fool of herself

Description: A thinner, shorter Swatchling, with a mask-like beak, blue/purpleish tinted glasses. Her feathers are pointed back from her head, and she has a tuft of hair that goes over the mask's edge and between her eyes. She's wearing either a suit and tie the same color as her glasses with a collared shirt underneath, or a short-sleeved button up with a pink tie. Both are decorated with two squares on the left breast, similar to Swatch's three, with the lower one being white, and a light pink one diagonal and overlapping one corner.

About:shorter and weaker than the other Swatchlings, well-meaning, tries her best but isn't very good at it, silly cartoon animal, wet cardboard. can pick out the exact hexidecimal color code of any object by looking at it. faintly wishes for something more but is fine within her current life, works at the mansion, is the kind of guy to say "on it boss" and then immediately fuck it up, gender neutral, overconfident and overanxious equal or slightly lower status than the normal swatchling but doesn't seem particularly upset about it(WIP)

gallery (not a list of everything! just the most recent and relevant for referencing. hover over for credit when applicable) 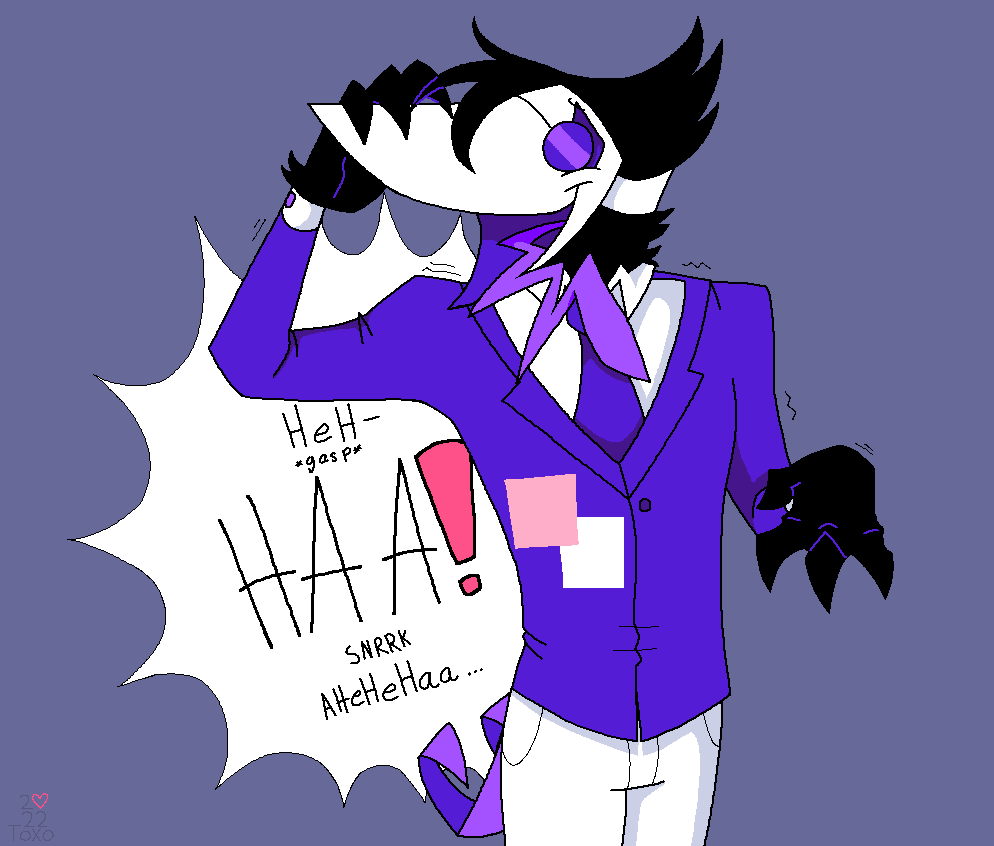 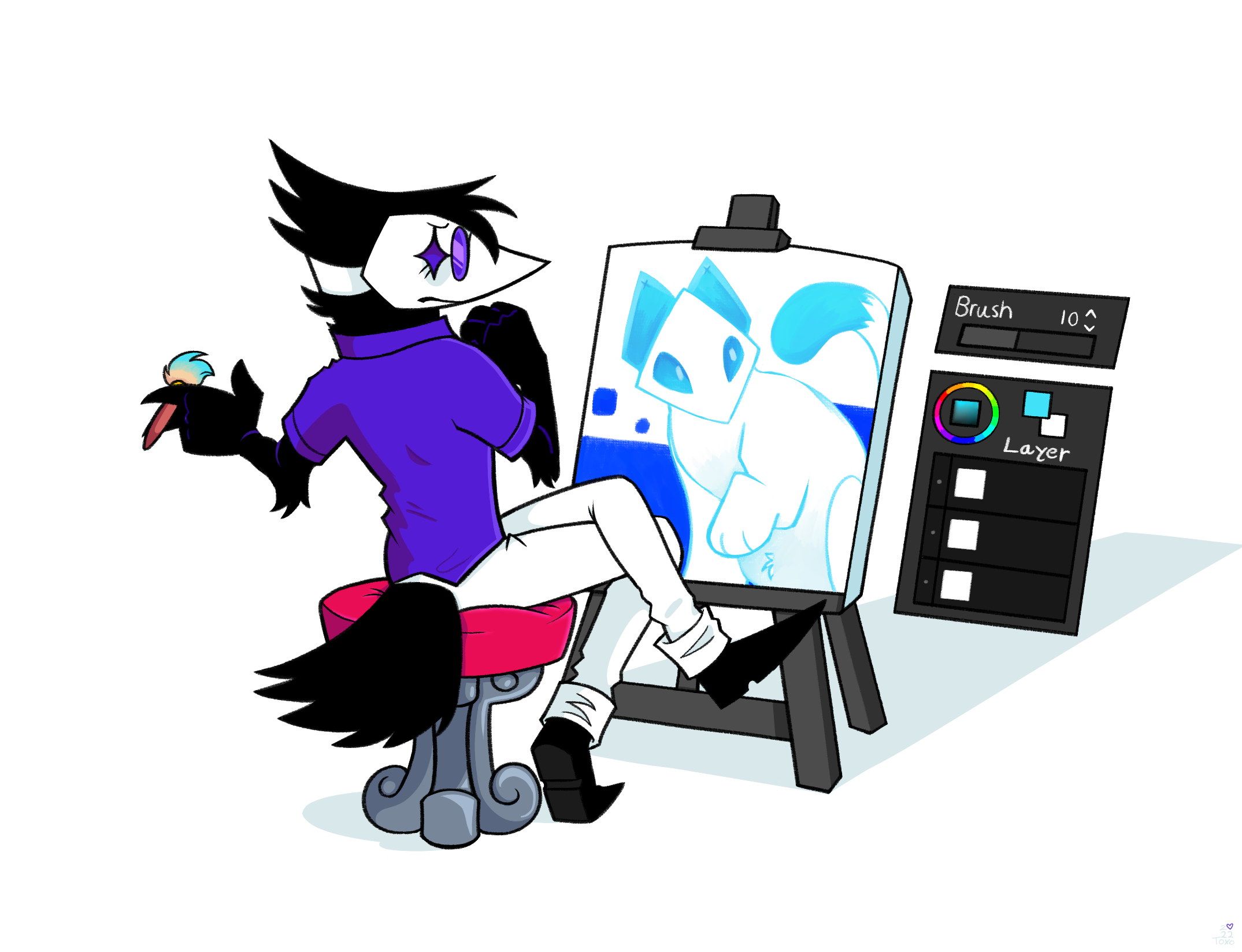 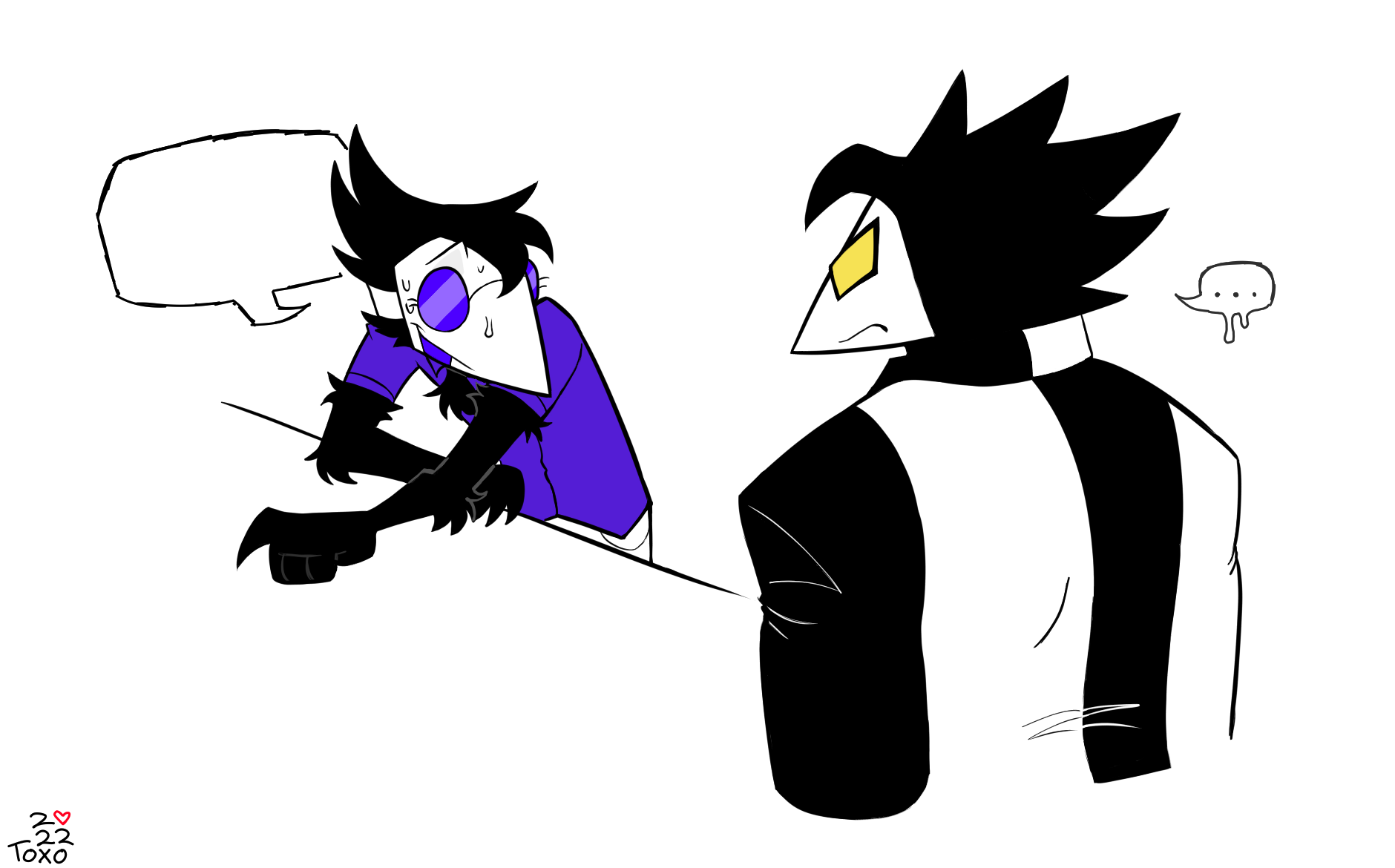